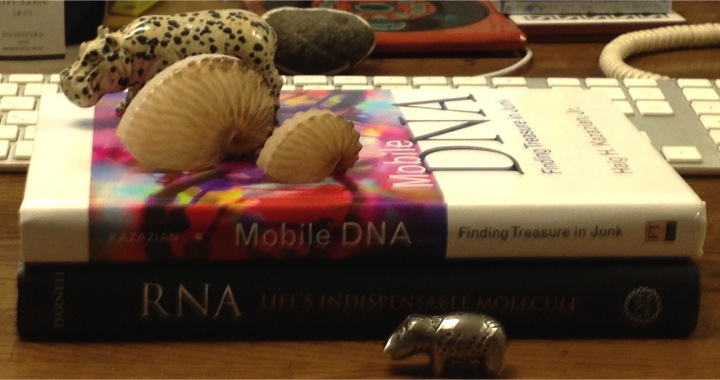 A major role for RNA silencing is the control of parasitic and pathogenic nucleic acids; therefore, RNA silencing is thought to be the primitive ‘immune system’. It is also clear that the RNA silencing machinery has a critical role in the regulation of cellular genes (protein-coding and non-coding genes), particularly those that control development and stem cell maintenance.

In RNA silencing pathways, small non-coding RNAs of 20–30 nucleotides (nt) in length function as specificity determinants for the repressive activities of Argonaute-containing effector complexes termed RISCs. Argonaute proteins were originally defined based on two major protein motifs: the PAZ and PIWI domains. Argonautes with Slicer (small RNA-directed endoribonuclease) activity act as multi-turnover enzymes that catalyze multiple rounds of RNA cleavage. Nearly all eukaryotes, with the conspicuous exception of budding yeast (Baker’s yeast), have one or more Argonautes, and are divided into three subclades, based on phylogenetic analysis: the AGO subclade based on their similarity to its founding member Arabidopsis Argonaute 1 (Ago1), which is expressed ubiquitously; the PIWI subclade based on Drosophila Piwi (P-element-induced wimpy testis), an animal-specific clade that is expressed almost exclusively in gonadal tissues; and the WAGO subclade consisting entirely of Caenorhabditis elegans-specific proteins.

Small guide RNAs such as small interfering RNAs (siRNAs) and microRNAs (miRNAs) are produced from long double-stranded (ds) RNA by the action of a ribonuclease (RNase) III enzyme called Dicer. They are subsequently loaded onto proteins of the AGO subclade to form the RISC. On the other hand, proteins of the PIWI subclade bind germline-specific small RNAs of 23–29 nt in length, collectively referred to as Piwi-interacting RNAs (piRNAs), to form piRNA-induced silencing complexes (piRISCs), in which piRNAs guide the repressive activities of PIWI proteins toward transposable elements (TEs) by means of base pairing to repress TE function in the gonad. piRNAs in the Drosophila ovary mainly correspond to various types of transposable elements and other repetitive elements. Mutations in fly Dicer do not affect piRNA production, indicating that biogenesis of piRNAs is distinct from that of miRNAs and siRNAs, and does not involve dsRNA precursors.

How are piRNAs produced in the ping-pong cycle?

We and other groups discovered that two main pathways exist to generate piRNAs in the Drosophila ovary, the primary processing pathway and the ping-pong amplification pathway. The ping-pong pathway in the Drosophila ovary depends on the Slicer activity of AGO3 and Aub, which cleave sense and antisense transcripts (with regards to TE coding strands) of an active TE. Both AGO3 and Aub act catalytically, thereby leading not only to repeated rounds of piRNA production but also to posttranscriptional silencing of TEs. Amplification is also dependent on the ongoing presence of a target, similar to the clonal selection and expansion of the vertebrate immune response. While amplification of the silencing signal in the ping-pong cycle would have obvious benefits for suppressing the expression of TEs, there should be a system that acts to enforce on piRNA pools an antisense bias to efficiently silence TEs by cleaving TE sense transcripts or mRNAs. Indeed, sense piRNAs are less abundant and disproportionately bound to AGO3, which enforces the characteristic antisense bias of Aub-bound piRNAs, increasing the number of piRNAs that can act to destroy transposon mRNAs. Our next step is to define the system that acts to enforce on piRNA pools an antisense bias. That information should shed light on the relationships between the ping-pong cycle and the primary processing pathway. It may also enable the identification of new components for different types of piRNA biogenesis.

How are primary piRNAs produced? 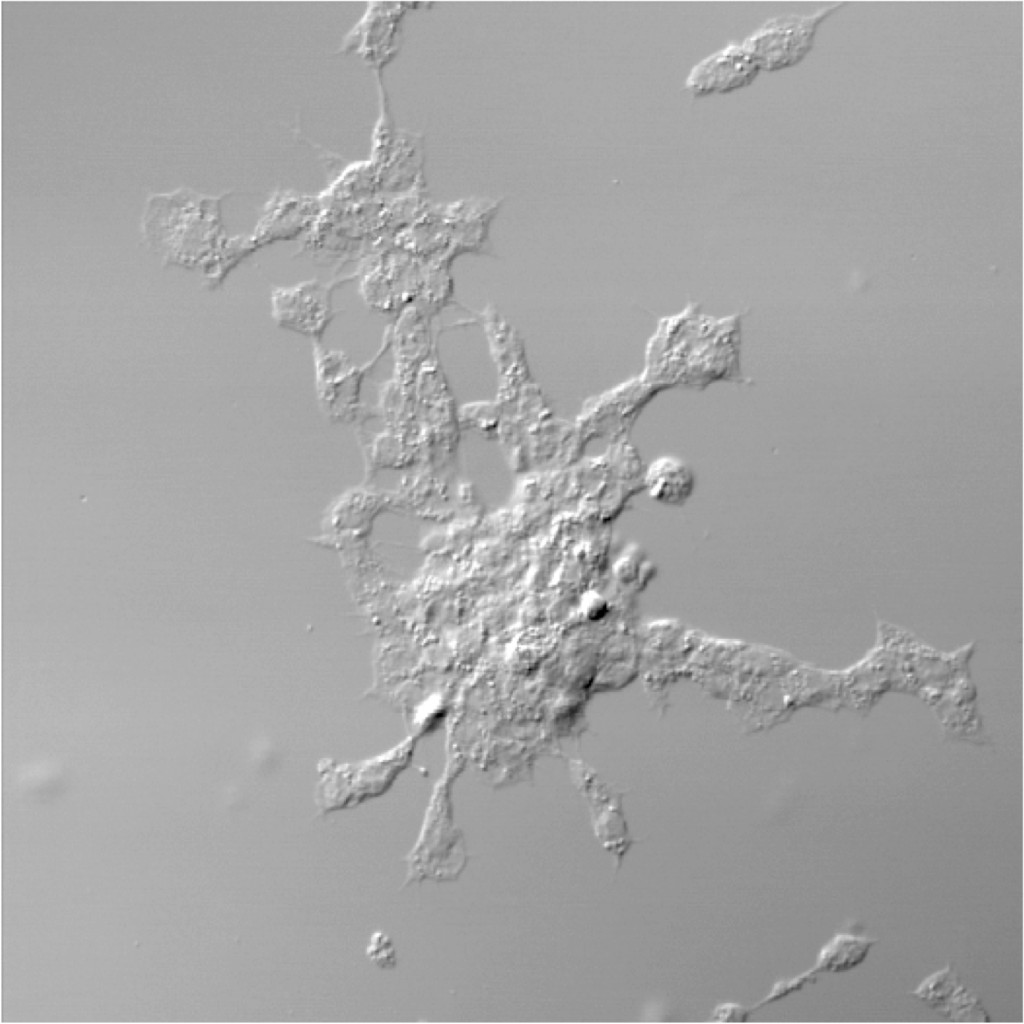 The ping-pong pathway in Drosophila is primed by both maternally deposited piRNAs through germline transmission and zygotic primary piRNAs that are antisense to TEs and loaded onto Aub. In the primary processing pathway, the majority of piRNAs are produced from long single-stranded RNAs, many of which are transcribed from antisense strands of TE-rich clusters including the flamenco locus in the genome. These piRNAs guide TE silencing in trans, thereby maintaining germline genome integrity. The primary pathway in Drosophila ovarian somatic support cells and cultured ovarian somatic cells (OSCs) is a linear Dicer-independent pathway in which piRNA precursors are cleaved by one or more nucleases into intermediates, which are loaded exclusively onto Piwi in cytoplasmic Yb bodies. They are subsequently 3’ trimmed and methylated, yielding mature piRISCs, which are then transported into the nucleus to exert TE silencing. We and others discovered that Zucchini (Zuc), a mitochondrial phospholipase D (PLD) superfamily member, is an endoribonuclease essential for primary piRNA biogenesis. piRNA intermediate-like molecules of 200–500 nt in length accumulate in Zuc-depleted ovarian somatic cells. These findings suggest a model for the primary processing pathway of piRNA biogenesis in Drosophila ovarian somatic cells in which piRNA precursors are processed by an unknown nuclease(s) into intermediates, which in turn are processed by Zuc and loaded onto Piwi to form active piRISCs in Yb bodies.

Primary piRNAs also appear to be produced in germline cells in the Drosophila ovary and to be loaded onto both Piwi and Aub. These Piwi- and Aub-piRNA complexes can then initiate the ping-pong cycle. However, Yb bodies are not formed in germline cells in the ovary. How are primary piRNAs produced in germline cells in the ovary? One goal of our current and future work is to uncover the entire molecular pathway leading to production of mature primary piRNAs. How are long single-stranded piRNA precursors produced in the nucleus and how are they exported to the cytoplasm? How and where are they processed into intermediates? We have continued to search for factors required for primary piRNA production in Drosophila. The role of Zuc in piRNA biogenesis appears to be conserved from flies to mammals. We are currently engaged in searching for piRNA factors in mammals including primates.

How are TEs repressed by RNA silencing pathways? 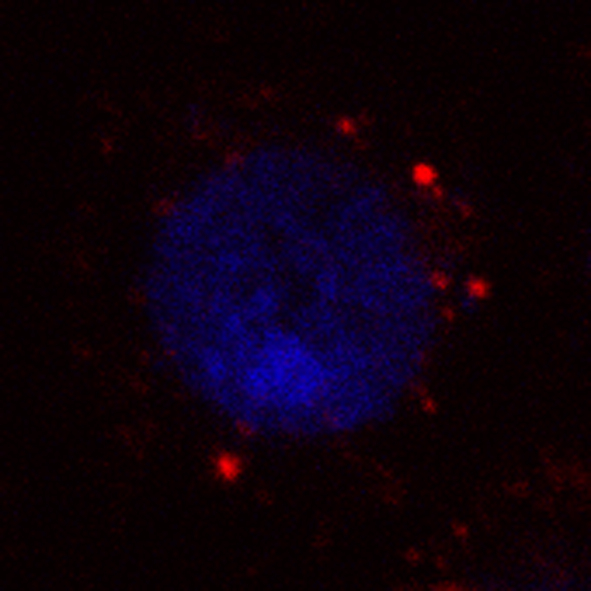 TEs are powerful mutagenic agents responsible for generating variation in the host genome. As TEs can be overtly deleterious, a variety of different mechanisms have evolved to keep their activities in check. RNA silencing is thought to have evolved as a form of nucleic acid-based immunity to inactivate viruses and transposable elements. We and others discovered that different types of small RNAs and Argonautes are used to repress retrotransposons in germline and somatic cells in Drosophila; specifically, they act via the piRNA pathway in germline cells and via the endo-siRNA pathway in somatic cells. Endo-siRNAs are produced by a Dicer-dependent mechanism and are loaded onto AGO2, which in turn cleaves TE transcripts. These endo-siRNA factors are expressed in germline cells where piRNA-mediated silencing occurs, and sequence analysis has shown that AGO2-associated endo-siRNAs often map to piRNA clusters. Thus, these regions of the genome are able to produce both endo-siRNAs and piRNAs. However, it is unclear how sense and antisense strands from these piRNA clusters form dsRNAs to produce endo-siRNAs and how they stay single stranded as piRNA precursors. By identifying RNA-binding proteins that recognize transcripts from these piRNA clusters, we hope to shed light on these questions.

In both the ping-pong cycle of piRNA biogenesis and the endo-siRNA pathway, TEs are silenced in the cytoplasm post-transcriptionally: TE transcripts are both a source for piRNAs and a target of piRNA-mediated silencing in the ping-pong cycle, and TE transcripts are cleaved by endo-siRNA-AGO2 complexes (endo-siRISCs) in the endo-siRNA pathway. In both cases, the Slicer activity of AGO/PIWI (AGO2, AGO3, Aub) proteins is required for TE silencing. In contrast, Piwi represses TEs in the nucleus in Drosophila. Heterochromatin formation appears to be involved in TE silencing mediated by Piwi–piRNA complexes in the nucleus. How do Piwi–piRNA complexes direct heterochromatin formation at target TE loci? Do Piwi–piRNA complexes directly interact with histone modification enzymes that initiate and maintain heterochromatin? In mouse testes, the DNA at TEs loci is methylated in a PIWI/piRNA-dependent manner. Do mouse PIWI–piRNA complexes directly interact with DNA methylation enzymes? However, how RNA silencing might operate to repress TEs in primate germ cells, and to what extent, remain unknown. We also want to explore the interior of primate gonads to study the pathways mediating RNA silencing in primate gonads.

How does the piRNA system select transposable elements as targets to silence and not other cellular genes? 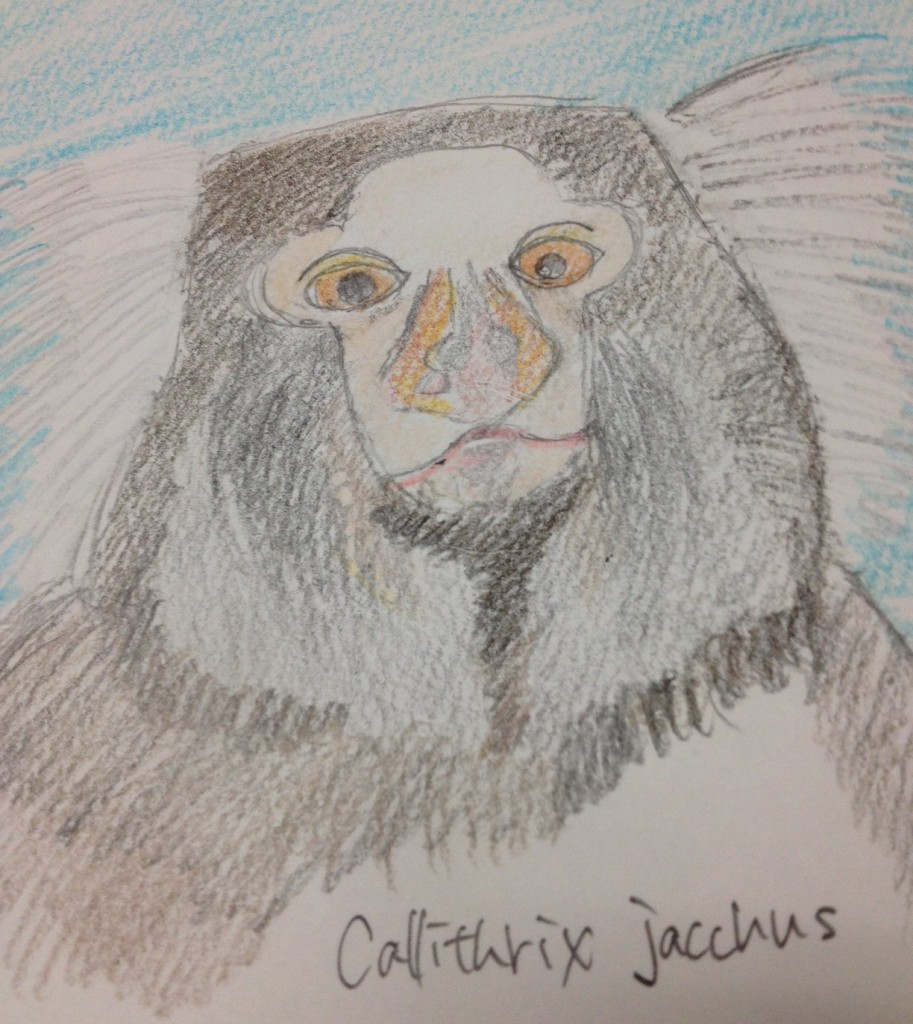 Because target recognition in RNA silencing uses complementary RNA sequences, once a particular element or gene is recognized by the system, all copies within a cell will be targets for inactivation. Therefore, this system requires gatekeepers to ensure that only small RNA precursors, but not other cellular RNAs, are recognized by the small RNA biogenesis pathways. How do our cells distinguish between piRNA/endo-siRNA precursors or TE transcripts and transcripts from cellular counterparts, and funnel only the precursors into small RNA biogenesis pathways? How does Piwi interact with mature piRNAs but not other small RNAs? In other words, how do the piRNA pathways avoid self-directed reactions? This question suggests conceptual similarities between piRNA pathways and the immune system, which achieves “self” versus “non-self” recognition. Drosophila harbors ~100 different TE families, and the only conserved and universal property of TEs is that they move within a genome. How do RNA silencing pathways recognize and repress such a diversity of TEs?

Using model animals including Drosophila, mouse, and primates, we aim to exploit a combination of biochemical approaches, genetic experiments and bioinformatics to understand in detail how our cells silence TEs and how they use TE silencing mechanisms to regulate the expression of specific genes. In addition, we are interested in how defects in RNA silencing pathways lead to human diseases including fragile X syndrome and infertility.